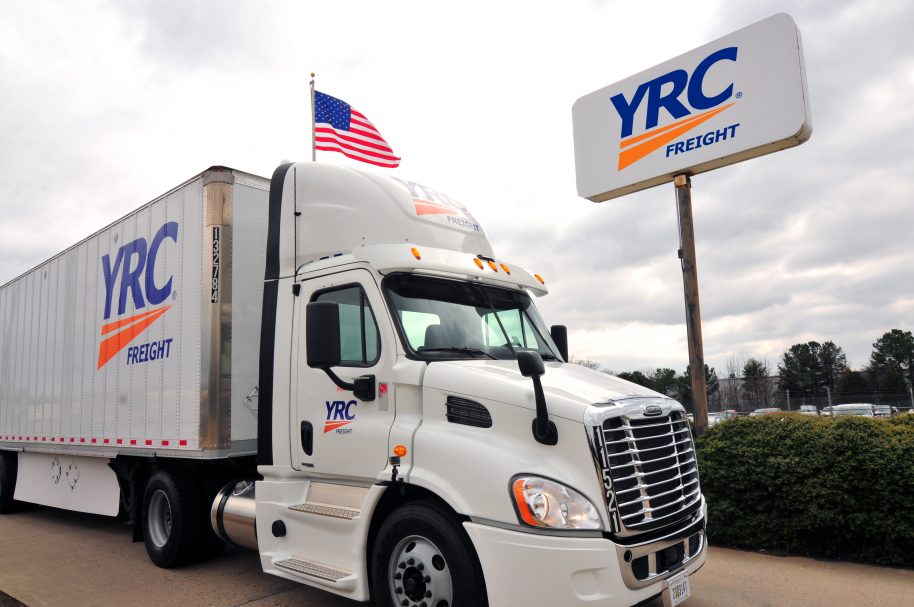 Krouse, McIntosh and Wisely join an elite group of 33 professional drivers who will take part in the final selection process to be held in Washington DC early next year.  The America’s Road Team is a group of professional truck drivers who share superior driving skills, remarkable safety records and a strong desire to spread the word about safety on the highway. Those selected to the join the 2017-2018 America’s Road Team spend the next two years traveling the country speaking on behalf of the trucking industry to the community, news media and public officials.

“Bill, Thomas and Jimmy are true champions of safety and are among the best drivers in the business. We are honored that they are representing YRC Freight with this nomination,” said Darren Hawkins, president of YRC Freight. “Their commitment to quality, unparalleled customer service and unmatched enthusiasm for the trucking profession make them remarkable ambassadors to the industry. We salute Bill, Thomas and Jimmy and thank them for their continued dedication to keeping our highways safe.”

Bill Krouse, based in Shakopee, Minnesota, has been a professional truck driver since he turned 18 years old. In 2015, he received the Minnesota Driver of the year award and is active with the Minnesota State Truck Driving Championships, having won a total of four times. In addition to ranking 12th in Nationals, he also won Rookie of the Year in 2004.

Thomas McIntosh, based in Aurora, Colorado, has been in the industry for over 40 years and with YRC Freight for 24 years. Over the years, Tom has received numerous safety awards and he recently served as a peer trainer at YRC Freight. In 2015, he was awarded the Leo Wozniak Award at the Colorado State Truck Driving Championships.

Jimmy Wisely, based in Wichita, Kanas, has driven for YRC Freight for 20 years. He’s placed thirteen times in state championships and in 2016 had his highest finish at National Truck Driving Championships in Indianapolis beating out 46 other competitors for 2nd place in the 3 axle division.

The ATA created America’s Road Team in 1986. It continues with the support of Volvo Trucks North America. The team represents America’s 3.4 million professional drivers and serves as an example of the professional dedication and teamwork needed to deliver America’s freight safely and on time.