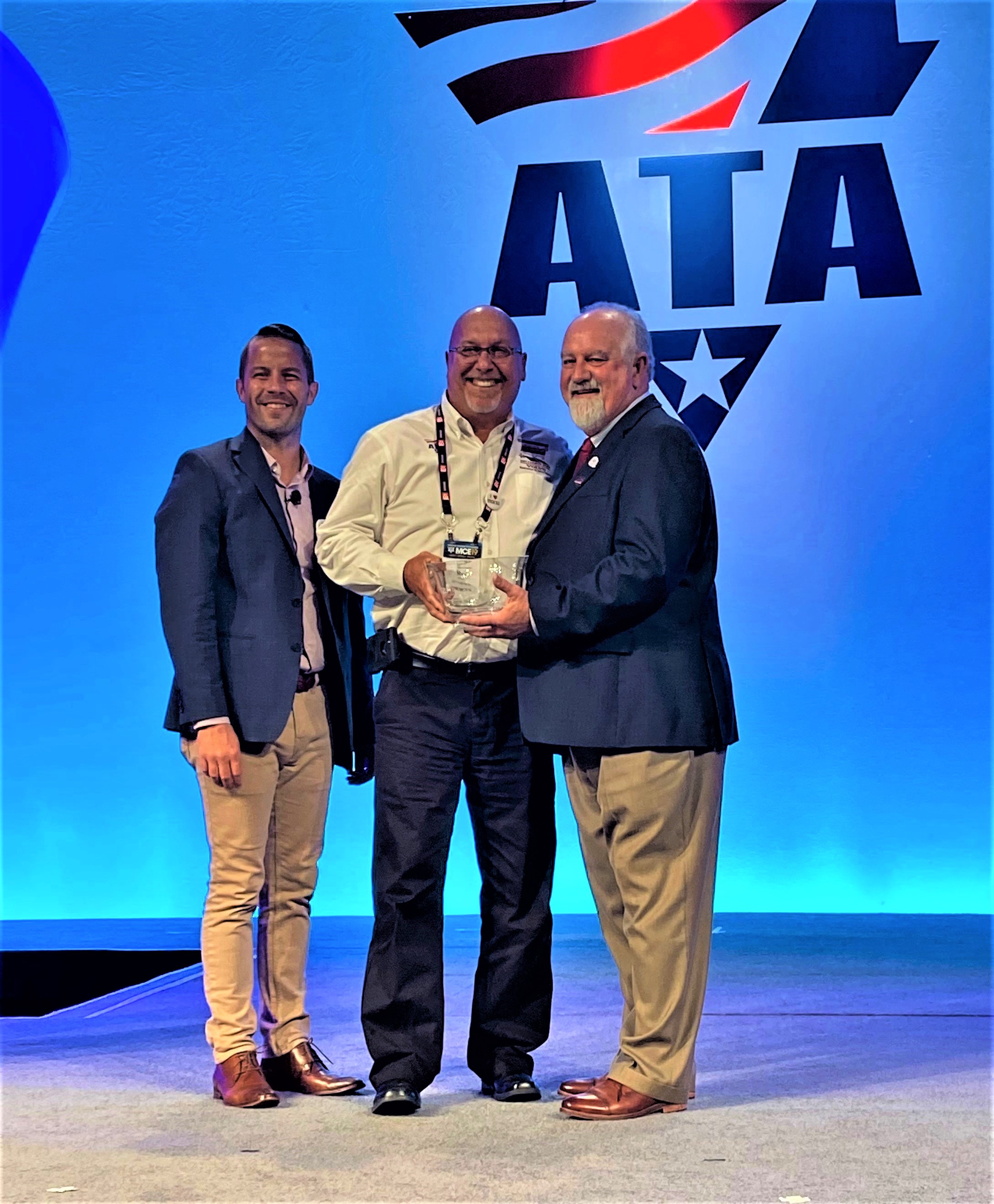 OVERLAND PARK, Kan., Oct. 18, 2019 (GLOBE NEWSWIRE) — America’s Road Team Captain and YRC Freight professional truck driver, Steve Fields, was presented with the Mike Russell Trucking Image Award at the American Trucking Associations (ATA) Management Conference and Exhibition in San Diego, California to a standing ovation. Steve Fields was chosen for “being the epitome of an American truck driver in his actions, professionalism and words. Fields is a mentor to many drivers in the trucking industry and serves as an ambassador to the motoring public.”

“We are proud of Steve Fields for his professionalism, for his safety skills, for mentoring younger drivers and being a trucking ambassador,” states Darren D. Hawkins, YRC Worldwide Chief Executive Officer. “Safety leaders such as Steve help make our nation’s highways safer for everyone. We thank him and all of the dedicated YRC Worldwide employees for their focus on safety each and every day.”

As a professional driver, Fields has driven over 3.3 million accident-free miles in over 34 years; 22 of those years were spent with YRC Freight as a linehaul driver at the Kansas City, Missouri service center. He was chosen as an America’s Road Team Captain in 2007, speaking and mentoring high schoolers, drivers, community groups, news media, and industry and government officials about highway safety (Share the Road) and the importance of the trucking industry. A certified Smith System Driver Trainer, Fields has competed in State Truck Driving Championships (TDC) for over 25 years. He placed first in Twins class and won the title of Missouri Grand Champion in 2003; and won first in Twins class in 2011 at TDC. He was named Missouri Driver of the Year in 2004, and Missouri State Driver of the Month in both September 2004 and January 2012. Fields competed at the National Truck Driving Championships in 2003 and 2011 as the Missouri Twins division champion.

A member of the YRC Freight Safety Committee, Fields is also a member of Trucker Buddy, a recipient of the America’s Road Team Tony Sifford Impact Award, and was invited to the White House with distinguished Road Team Captains to talk trucking with President Trump in 2017. Additionally, he serves as a member of the Masons and the Shriners, helped to launch the “Be Ready Be Buckled” Campaign with the Transportation Secretary Norman Y. Mineta in 2005, and participates in the Convoy for Special Olympics.

Fields truly loves what he does: “I get the biggest satisfaction in teaching teenagers about sharing the road–blind spots, stopping distances, the importance of seat belts, and the dangers of distracted driving. Today, so many people are glued to their phones and fail to look up in time. Seconds do make the difference between life or death. Distracted driving is a dangerous epidemic on highways today. Keep your eyes wide open to what’s going on around you. I speak from my heart and try to make a difference. I’ve spoken to thousands of students at schools across our country. I’m hopeful once drivers hear the message it will be shared, and lives will be saved on our nation’s highways.”

“The image of trucking improves each year due to the efforts of these champions,” said ATA Executive Vice President, Industry Affairs and Senior Adviser Elisabeth Barna. “Today’s honorees have made a substantial impact on our industry’s public perception through their words and deeds. As an industry, we appreciate their efforts and encourage others to use their work as a model for improving our industry’s image going forward.”

Sponsored by HireRight for the fifth consecutive year, the Mike Russell Trucking Image Award is given to an individual, motor carrier, trucking organization and industry supplier who demonstrates excellence in illustrating the industry’s essentiality, safety-first approach to doing business and professionalism. It celebrates companies, organizations and individuals who creatively generate positive awareness of the trucking industry. The award is named in honor of the late Mike Russell, a trucking industry champion and former ATA vice president of public affairs.