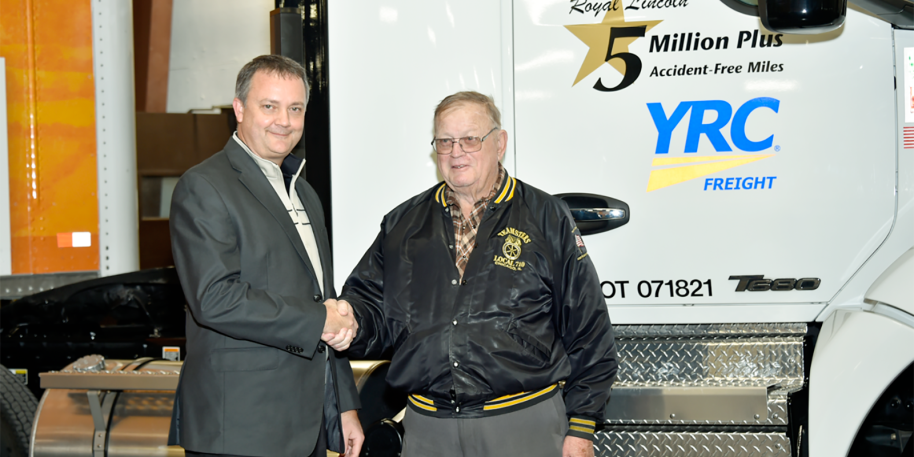 When Roy Lincoln thinks about legacy, he thinks about his father—the man who drove 4 million miles delivering furniture in Naperville, Illinois. Now Roy can think of his own career as a legacy. That’s because in October, the driver from Montgomery, Illinois surpassed the incredible feat of 5 million safe miles.

“It feels like quite an accomplishment,” Roy said. “I’m proud of what my father taught me when I was younger. All those years of general knowledge about driving skills: keeping a safe distance, leaving yourself an out, always focusing far up the road. He taught me things can change in a second.”

One thing that hasn’t changed much is Roy’s service to YRC Freight. He began driving in 1970 as a 22-year-old, and hasn’t looked back.

“At that time, you had to be 25 years old to drive a tractor,” Roy recalls. “My terminal manager made a call and said, ‘I’ve got a man who can handle any piece of equipment.’ I was the youngest driver at Yellow at the time.”

Although he attributes some of his driving success to natural tendency, Roy is quick to point out all he has learned from coworkers over the years. Now he loves to share his own tricks of the trade to keep the road as safe as possible. One such tip can be used by any driver, not just freight drivers.

“In big cities, usually try to travel in second lane rather than the first to avoid people coming on,” Roy says. “That gives you two outs at all times.”

Married with 5 children, Roy and Marilyn Lincoln will celebrate 50 years of marriage in February.

“You have to always know what you have to do to have a family,” Roy said. “I think it’s a lot of good grace of the Lord, and being in the right place at the right time.”

In his nearly 50-year career with YRC Freight, Roy Lincoln has reached the elite safety milestone of driving five million consecutive miles without a single preventable collision. The company recognized his safety record with an event at 10 a.m., on Dec.14th, at its Chicago Heights terminal.

In honor of Lincoln’s achievement, YRC Freight welcomed him into the company’s Driver Hall of Fame. YRC Freight also donated 50 children’s car seats to the Illinois State Police–one for every 100,000 miles Lincoln has driven without a single preventable collision. 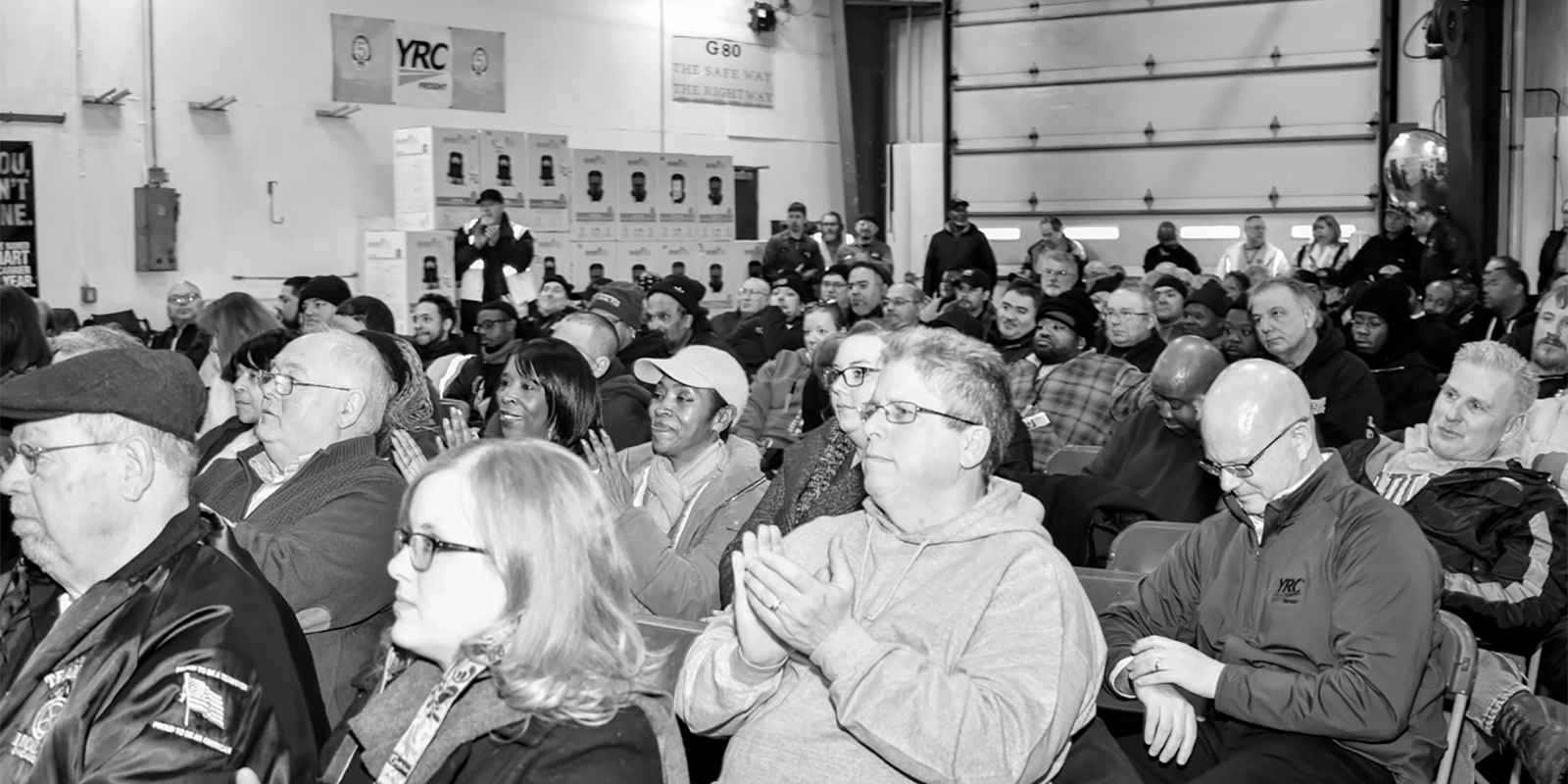 “Our drivers are professionals. They are always concerned about the safety of the motoring public. Roy’s 47-years of safe driving is a great example. He knows how safety is done, and he lives it, day in and day out,” said Darren Hawkins, YRC Freight president.

“Roy’s commitment to safety earned him a well-deserved place in our Driver Hall of Fame,” said Hawkins. “We introduced a new trailer which was designed in his honor. The trailer showcases this great accomplishment to drivers all across the country. We are so proud of his five million consecutive miles driven without a single preventable collision and excited to highlight his talent as the trailer enters our network.”